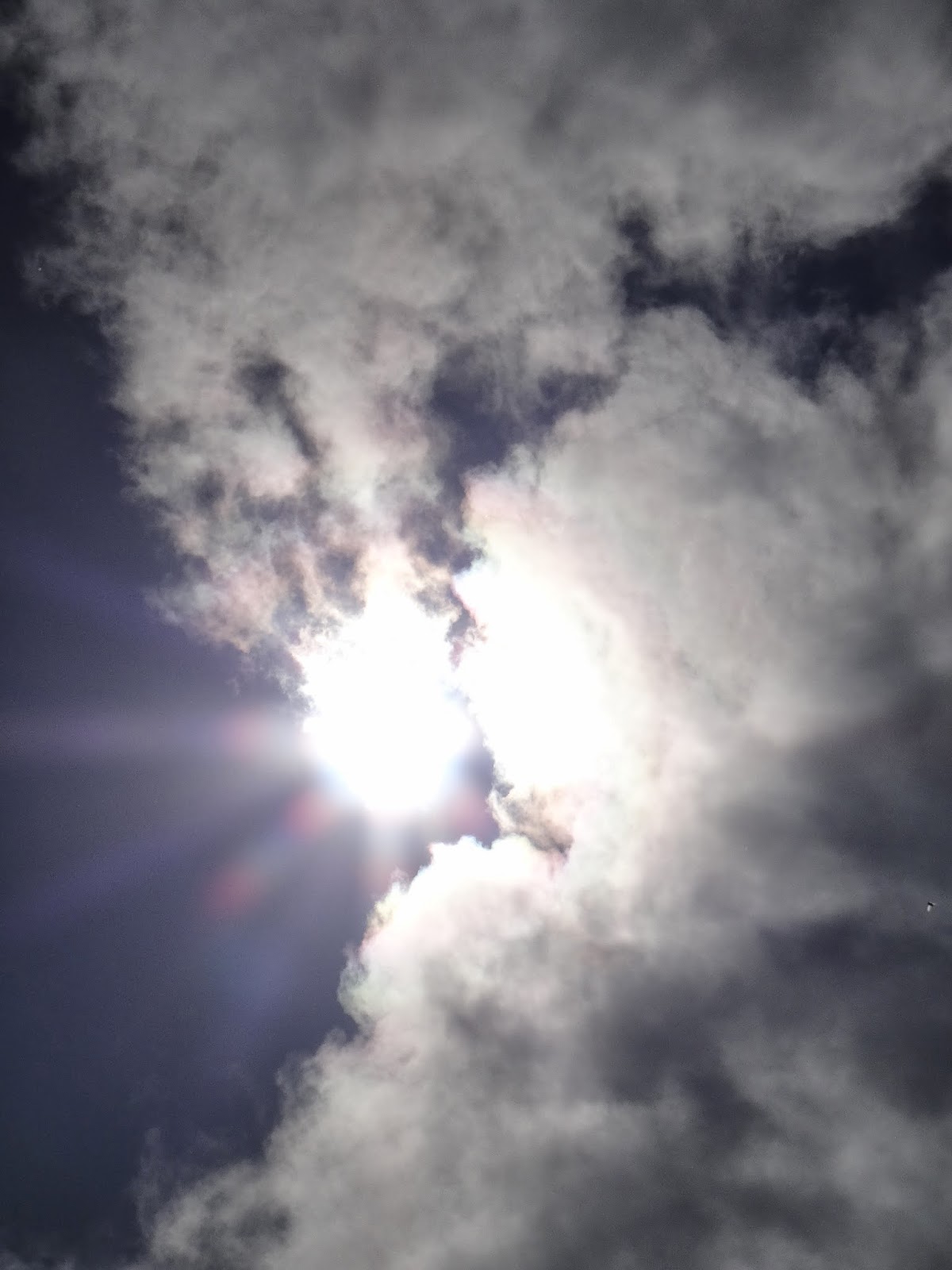 Time for another Angel Story.  A few years ago, our good friend Ken was driving a truckload of pipe  down highway 16, Washington State.

A man pulled alongside, signaling something was wrong with his load, so Ken slowed and stopped on the shoulder of the highway.  The man also stopped and together they tightened down the ropes holding the pipes in place.  Suddenly Ken didn't feel very well and he had to sit down.

Then he lost consciousness.  Ken was having a major heart attack.  His helpful new friend called 911 and began to administer CPR.  Later the paramedics couldn't recall what the man looked like, or where he went once they took over.  He and his vehicle simply vanished.

Ken's family was heartbroken when the doctors told them tests revealed that there was no brain activity.  Ken was moved to hospice where they expected him to die. But my husband and I and hundreds of people all over the world were praying for a miracle.

He was in a coma without any brain activity for quite a long time.  Then came the day the family was approached about organ donation.  The doctors told them Ken would never recover because he was brain dead.  But the family decided to wait.  Weeks went by, we were all afraid he was going to die.

Meanwhile, his youngest daughter had been feeding him ice chips.  When she would place the ice in his mouth, he would swallow the water.  The nurses discouraged her from doing so, they said she was prolonging the inevitable.  But that dear girl kept on giving her Dad the ice.

I'm not sure how much more time passed, but one day when the family came to visit they found an empty bed.  They feared the worst.

Imagine their astonishment when they found Ken alive and well in the small hospice cafeteria, eating mashed potatoes, gravy and turkey.  He could walk and talk--he knew his family and he was hungry.

He actually had to stay in Hospice a few extra days because there was no paperwork in existence to check someone OUT of hospice!  We all had a pretty good laugh over that.

We still see him from time to time--he is healthy, hale and hearty.

If that man hadn't signaled something was wrong with the load of pipes, Ken wouldn't have pulled over.  He could have had a heart attack while he was driving.  Others could have been hurt.  If the man hadn't been there to call 911 and administer CPR, our friend might not have made it.

An angel?  I believe it is possible.

To be called brain dead one day and yet awaken with one's brain intact is miraculous.  God is still in the business of miracles!

If you love clouds as much as I do--join Skywatch Friday to see all the amazing things to be found by looking up.  Have a lovely day and Happy Skywatch Friday!

Angels in the Sky -SkyWatch Friday 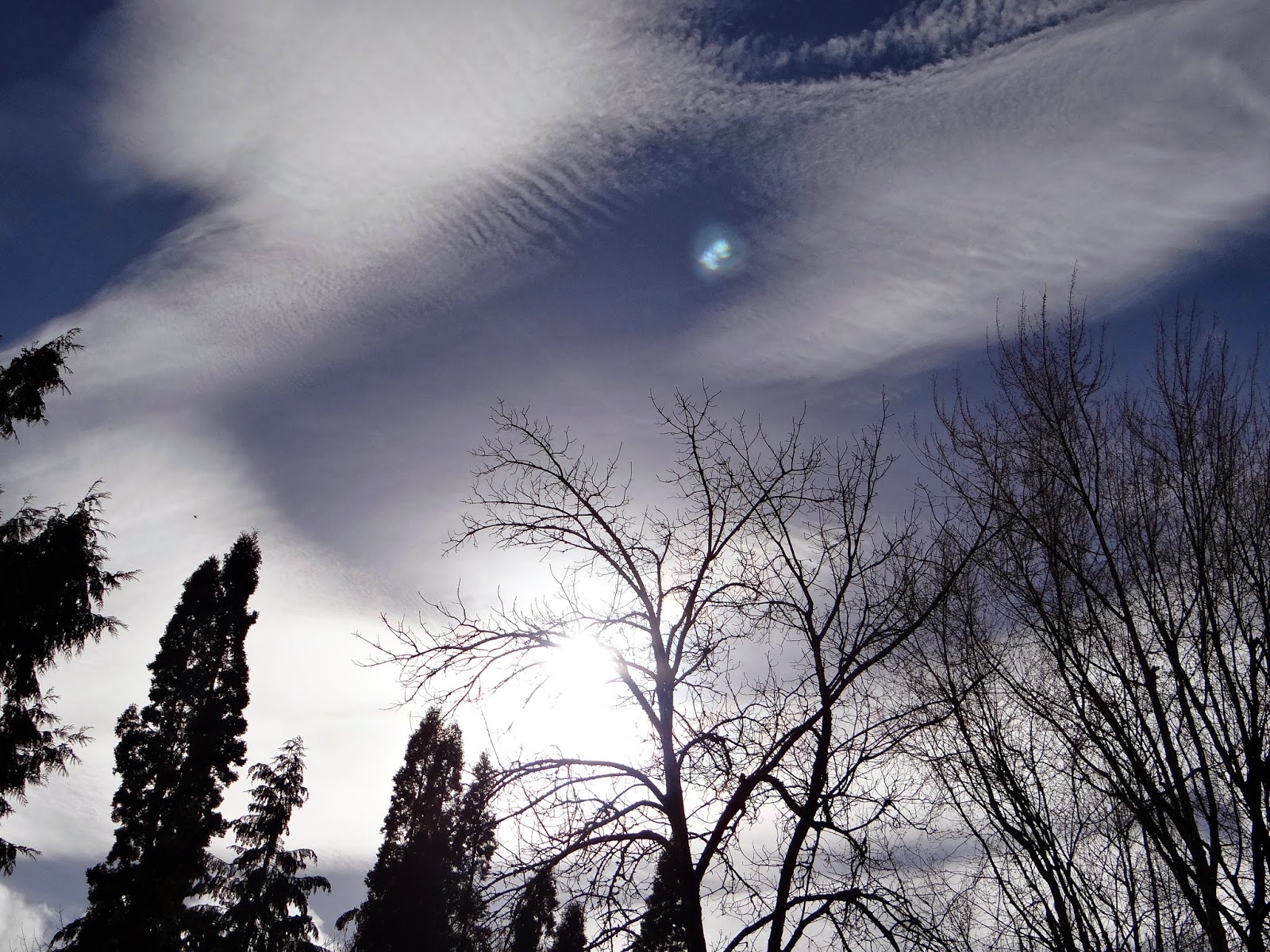 Two weeks ago yesterday, I was working on the computer when the smoke alarm went off.  At first I thought it was something in the kitchen, but then I realized it was our wood stove and there was a chimney fire.

I yelled for my husband to call 911.  Then I grabbed a bucket, filled it with water and doused the fire in the wood stove.  As I shut it up tight, a plume of steam raced up the chimney.  This was the best thing I could have done, I'm told, as the steam likely slowed the fire down until the fire trucks could get there.

In fact, the fireman told us the wall was minutes away from bursting into flame.  A miracle indeed.

A couple nights after the fire, I could not sleep.  I wandered the house, not knowing why I did.  I noticed an awful aroma in the back of the house--it smelled like rotten beetles.  It took me a bit to discover the aroma came from closet under the stairway, and when I opened the door there was smoke.  Apparently one of the breakers in the breaker box there had overheated and melted.  It was likely on fire, but contained by the metal box.  My husband was able to contain it and we were safe.  This was totally unrelated to the chimney fire.  Again, we were protected.

The next morning as the cleaning crew arrived, I saw some amazing clouds in the sky, so I ran outside to take a few pictures.  Later as I looked at the photos on my computer I was astonished to see what looked like two angels hovering over the trees. 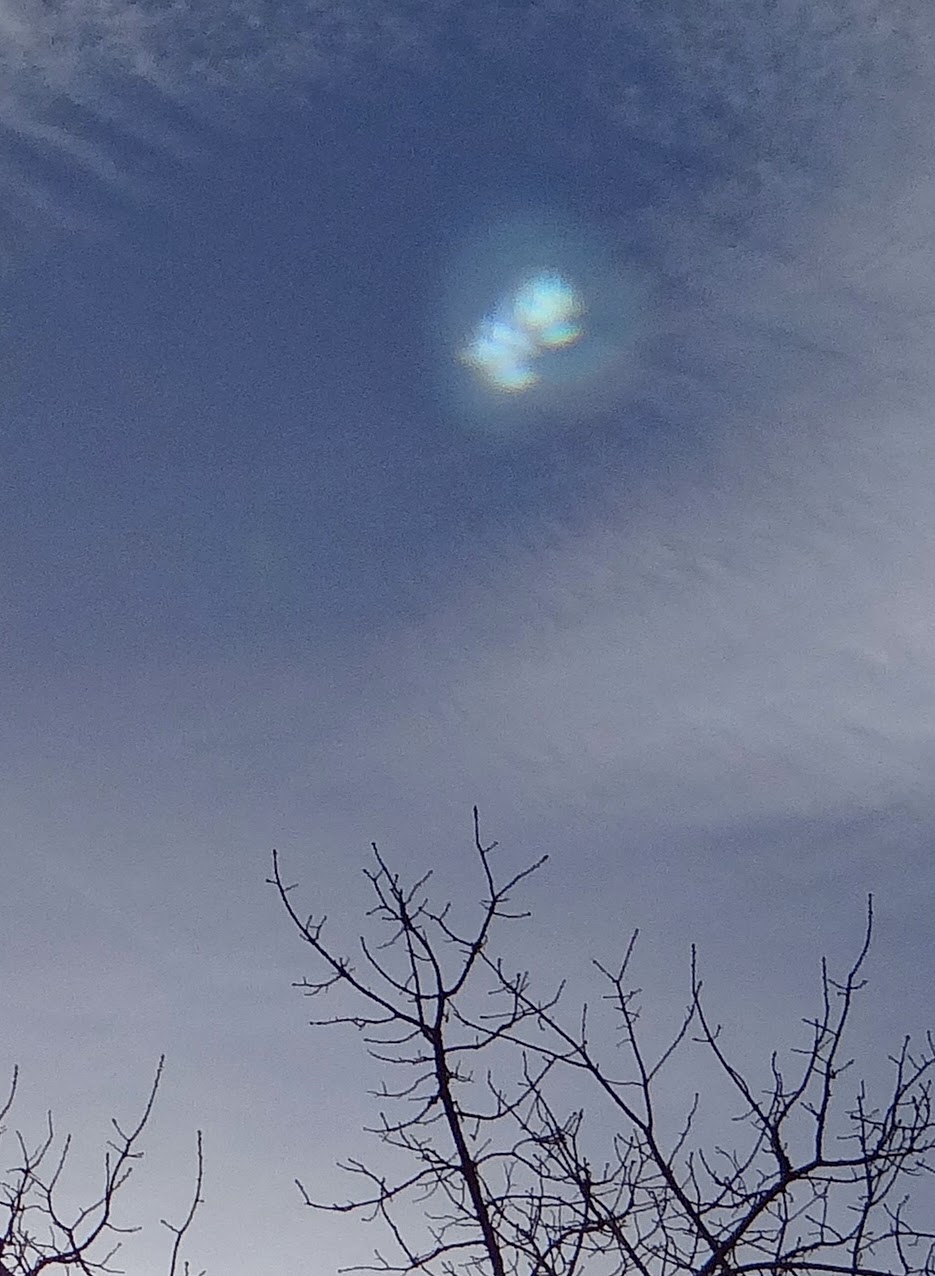 Here is a closeup of them.  Astonishing, isn't it?  With the events of the past three weeks, I am just sure they are our guardian angels. 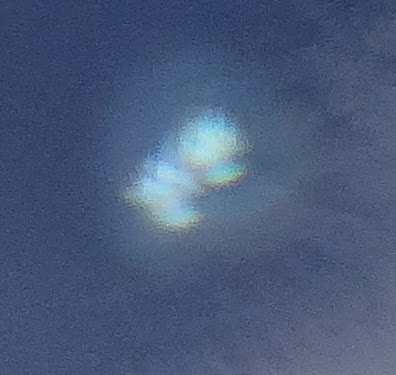 If you love clouds as much as I do--join Skywatch Friday to see all the amazing things to be found by looking up.  Have a lovely day and Happy Skywatch Friday! 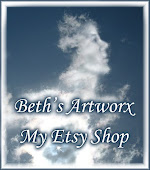